Why do we carve ghoulish faces into our pumpkins each Halloween? 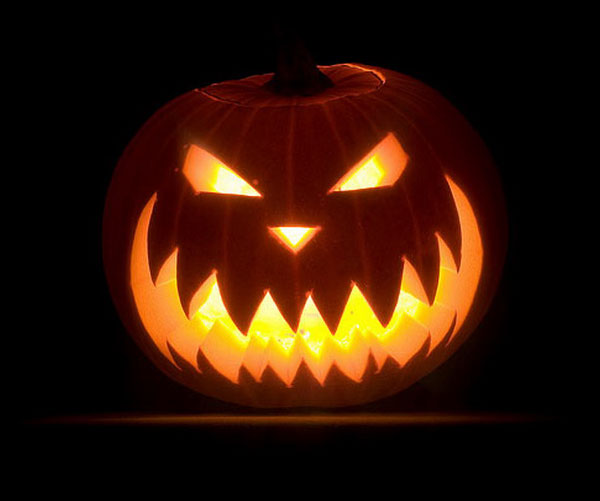 This spooky tradition originates from Irish folklore: The Legend of Stingy Jack

Stingy Jack was an unsavory old man who fancied playing tricks on everyone he met, including the Devil. Legend says that one night Jack ran into the Devil and invited him out for a couple of pints. He convinced the Devil to turn himself into a coin so that Jack could pay his bar tab. The Devil agreed but Jack pocketed the Devil in his trousers alongside a crucifix preventing him from shifting back into his evil form.

Jack, desperate to hold on to life, bargained with the Devil. In exchange for releasing him from his prison, the Devil, would not come to reap Jack’s soul for ten years.

The years passed quickly and before long the Devil caught up with Jack. A second time he managed to trap the Devil and in exchange for freedom, the Devil would never be able to take his soul.

Continuing a lifestyle such as Jack did one can assume he met his demise one way or another. At last, death had taken Jack’s miserable soul.

As he stood at the gates of Heaven, Jack was turned away because of his deceitfulness and drinking. He was cast to the fiery abyss where the Devil eagerly waited. When he saw Jack he smiled and shook his finger: he would not take his soul either.

Not welcomed anywhere he was eternally bound to walk between the worlds, forced to warn others against trying to fool the Devil. To light his way through the dark forevermore Jack was given a burning ember inside a carved turnip. His name known now as “Jack of the Lantern,” or “Jack-o-Lantern.”

Children would carve faces intended to scare away such ghostly figures such as “Stingy Jack” into whatever root vegetable was readily available to them. Irish immigrants were delighted to see a larger and more easily carved option when they arrived in America.

If you are feeling crafty and nimble this Halloween why not save a pumpkin and instead take a stab at one of its predecessors. 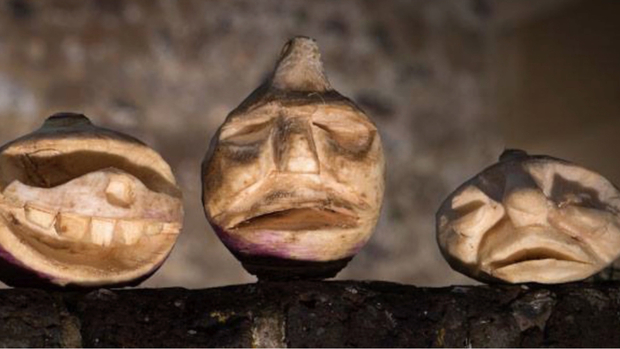